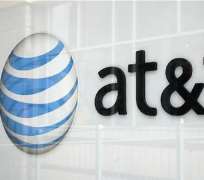 Talks over potential asset sales as part of AT&T Inc's efforts to get approval of its $39 billion purchase of T-Mobile USA have gone cold, according to The Wall Street Journal on Sunday.

Although AT&T could still try to fight the Department of Justice in court, alternatives to a full-blown merger are looking more likely, the WSJ said, citing people familiar with the matter.

Those options could include AT&T taking a stake in the smaller carrier or a joint venture to share network technology, the report said.

The Justice Department said on December 9 that it would seek to stay or dismiss its lawsuit to stop the deal, saying it was effectively dead without approval from telecommunications regulators.

AT&T and Deutsche Telekom's T-Mobile moved in November to withdraw their filing with the Federal Communications Commission to focus on the antitrust battle.

Both regulators have to given their blessing to the deal.