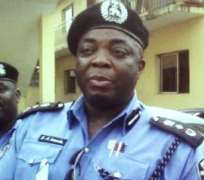 On Thursday Dec 16th,2011, Deputy Inspector-General of Police, Ganiyu Dawodu, died after suffering a heart attack in a hotel room with a female police officer.

The female accomplice was said to have shouted for help when the late DIG was acting funny but died before help came.

The late DIG was said to have just returned from South Africa where he had gone for treatment on his heart.

Dawodu, heads the Criminal Investigations Department of the force and was in Lagos on official assignment to represent his boss, Inspector-General of Police, Mr. Hafiz Ringim at the public presentation of a new television drama programme, Case File.

The female police officer, a Deputy Superintendent of Police (DSP) based in Port Harcourt, is said to be helping the police in their investigations.