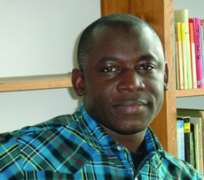 Egya Sule
Egya Sule, in a way, is a non-conformist. A poet and a literary critic teaching at the University of Abuja, Sule doesn't shy away from making controversial statements. At the Achebe ANA Colloquium in Enugu two years ago, while other critics were praising the Achebean oeuvre, Sule took a depature, describing Achebe as over-rated. He was at it again a few weeks ago, at the 1st MBA National Literary Colloquium, when he said Nigerian poetry has died. Literary World sought his comprehensive view on topical literary issues in Nigeria.

Six years after the establishment of The Nigeria Prize for Literature, do you think NLNG has improved Nigerian literature?

Not really. What the NLNG does is to put a large sum of money in the hand of a single writer every year. I don't see how that improves the quality of writing. Rather, there has been a rush to publish to fit into the design of the NLNG competition, a situation that does not help our literature. The institution of literature, just like any other institution in Nigeria, needs a total overhaul. That is, there must be a holistic approach that takes into consideration all aspects of literary production such as a good reading culture, workshop on creative writing, editing and publishing outfit, and writing residency. So, instead of putting a hundred thousand dollars in the hand of an individual, NLNG should (and this is urgent in the condition we find ourselves in Nigeria) establish libraries, editing outfits, writing residency, and sponsor creative writing workshop. As I said elsewhere before, a serious writer would be more interested in seeing his work read, critiqued, canonized and responded to by her peers, rather than see it earn a hundred dollars from NLNG only to sink into oblivion. Every writer desires her work to attain the status of a classic. But we are in an age of mediocrity where attaining the status of classicism is almost impossible. If NLNG wants to improve Nigerian literature, then giving of prizes is the least thing to do. Look at the quality of works that win the prize. It seems to me that none of NLNG prize winners, so far, has the capacity to attain the status of a classic.

What's your honest assessment of Achebe's oeuvre? You are quoted as saying that he is overrated…

I still maintain my view that Achebe is over-rated. Not only him, though. We have a tendency, which I think has a negative effect, to over-rate our writers. The tendency has been there since the beginning of African literature in European languages. The Ghanaian scholar, Aton Quayson, in his book, Postcolonialism: Theory, Practice or Process?, makes a point which I find quite interesting. He points out that in Africa, the established institutions of literary scholarship and the literati, too, easily make our writers culture heroes. For instance, the kind of culture heroism Wole Soyinka enjoys in Nigeria for winning the Nobel is perhaps not enjoyed by any other Nobel Laureate in other parts of the world. In other places, winning the Nobel does not make you a god of literature. We are too quick to lionize and idolize writers. And what is shocking to me is that once we idolize the writers, we consider it a grave offence, in fact, a heresy, for anyone to have a radically critical view of her works. My honest assessment of Achebe's oeuvre is that it adequately responds to the cultural needs of its time. Achebe is a great writer because he wrote Things Fall Apart at the time he wrote it. The emphasis, for me, is at the time he wrote it. The novel dutifully interrogates its age.

You have dismissed new Nigerian poetry as mostly watery, is this fair assessment?

I think it is a fair assessment. Just look at how many people are poets or novelists in Nigeria today. Look at what they write. How on earth, for instance, do you read a poem and your memory cannot retain any line from it? Where are the lofty expressions befitting of a poem? Where are the gripping images, the witticism, the lyricism, the startling idioms, and the moving eloquence in the poetry books you read today? What else other than intellectual laziness or mediocrity makes a poet justify the use of clichÃ©? I define creative or literary writing in just one word: 'metaphorisation'. And this entails the art of making familiar words and expressions unfamiliar. This is the roots or basis of all creative writing. All creative writing must task our senses, must demand from us extra attention, and must mystify our daily realities. Only few people writing today understand the strategy of literary creativity.

Why are new Nigerian novelists being celebrated abroad more than poets and playwrights?

Novelists celebrated in western nations? It is actually not the doing of the novelists; it is the doing of the western nations. There is simply a critical or traditional reception of the novelists. It is not that they do anything better than the poets or the playwrights. The white people or those living in the west are very eager to know what is happening in the jungle called Africa, and the novel has the latitude and amplitude to present what they want to know. So, they are pleased with the novel. I don't think the novelists writing outside Nigeria are better than the novelists writing in Nigeria. But they are better packaged and promoted. I would like to caution that the reception of Nigerian writing in the west should not form the yardstick for measuring the strength of our writing. That the west promotes a novel or a novelist does not mean it is a great work. It only means the novel or the novelist has succeeded in being the best window through which the west can glimpse at Africa.

With your recent travels across Europe, what do you consider the stylistic departures of western poetry?

Poetry in the west is as banal as poetry here. It is a thing of this age, the so-called post-modern age. As a matter of fact, poetry in Nigeria goes watery when it starts to sound like poetry in the west; when it has to condescend to universalism. Poetry even gets more devalued, so to say, in the west with the emergence of new media such as the internet and other electronic outlets. Life is on the fast lane; people have to pursue a lot of things at the same time, and as such they do not have the time for any heavy metaphorical stuff. So, poetry has to strip itself of metaphor in order to gain currency. No one has the patience to unravel imagery, especially when it tends to be far-fetched. I also find poetry in the west to be arrogantly parochial. That is, it is unapologetic to issues or ideas not found in the west. While the west prescribes that Africa should write poetry that is universal, that must be understood by all, the west itself hardly produces poetry that is universal. I think this goes deep into the west's self-glorifying epistemology. For instance, while the west will insist on an African author explaining in glossary the African concepts she has used, the western author does not care to reciprocate that gesture by explaining in glossary the western concepts she has used.

Nnolim, in a recent interview, was, once again, alarmed by sexual contents of today's novelists, what's your take?

Well, that is his view. But as my friend Amanze Akpuda said in a recent lecture, and I totally agree with him, the contemporary novelists are simply historicizing the realities of their time. Sex or pornography is increasingly becoming part of life here in our society. But Nnolim's point can, in fact, be problematized. From the beginning of life, sex has always be a visible content of the novel. D. H. Lawrence has had severe criticism for portraying sex. What about Oscar Wilde? Sex has always not only been an enduring content of literature, it has also been a cherished aspect of writers' lives. Writers are great lovers.

What are you currently working on?
A number of things. I am working on a book on new Nigerian poetry, which is almost completed. My novel, too, is completed and will soon be published. I am also working on the biography of Niyi Osundare. Now and then, I scribble poetry, and I hope to bring out a collection next year.