Mercy Johnson is Most Outstanding Actress in Africa 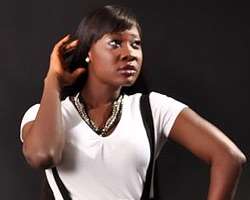 Nollywood actress, Mercy Johnson Okojie has emerged the Most Outstanding Actress of the outgoing year.

Mercy who is one of the hottest faces in the Nigerian movie industry, won the award at the prestigious Afro-Australian Music and Movies Awards (AAMMA) which held in Australia recently.

The Afro-Australian Music and Movies Awards is the only African awards event in the whole of Australia and New Zealand. The award recognizes Mercy Johnson as Africa's Queen of the screen which is a symbolic recognition. The event was the third edition of AAMMA, and it held at the Enmore Theatre in Sydney, Australia.

Though MJ regrettably was absent at the awards ceremony, owing to some circumstances beyond her control, Nollywood baby-face actor, Desmond Elliot received the award on her behalf.

AAMMA is an award that appreciates, encourages and celebrates talents within and without the African community of Australia, the African continent and the diaspora.

Past winners of the awards include the African queen crooner, Tuface Idibia, Jimmy Bangura and Emmerson Bockarie among others.

MJ who made her movie debut in ''The Maid” years ago has featured in over 100 movies and still counting. She has won other notable awards to her credit including the best actress at the exquisite Future Awards among others.