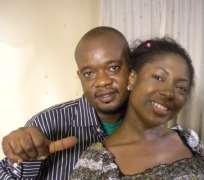 COMEDY actor Charles Inojie now waddles instead of walking. This piece of news is authoritative. The movie director is so fat now, his face reminds of the famous Michelin man. Saw Charles waddling along Adenrian Ogunsanya Street, Surulere and I could not help but feel for him. His detractor claimed he has made some money recently as he seems to be directing and acting in most Nollywood movies. Advice to Charles: if you think by taking a walk instead of driving will bring down the fat, you should have a rethink, go to the stadium, which is a stone throw from your Adeniran Ogunsanya office.