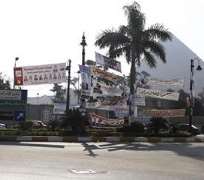 Egypt's rival Islamist groups sought more gains in the second round of a parliamentary election on Wednesday, with liberals also fighting for a voice in an army-led transition that began with the overthrow of Hosni Mubarak.

Egypt's first free election in six decades is unfolding in three stages until January. Even then, the generals who stepped in when an uprising toppled Mubarak in February will not hand power to civilians until after a presidential vote in mid-2012.

The pragmatic Muslim Brotherhood, its hardline Salafi rivals and a moderate faction won about two thirds of party-list votes in the first round. But the Brotherhood has signaled it wants a broad coalition, not a narrow Islamist front, in an assembly whose main task is to choose a body to draft a new constitution.

As in the earlier round, voting on Wednesday was largely peaceful but a polling station on Cairo's outskirts was shut when a gunfight erupted between supporters of rival candidates, a security source said. No one was killed. Seven people were detained by security forces deployed to restore calm.

"This is the first time our vote counts," said Fatma Sayed, a government employee voting in Suez east of Cairo, recalling the routinely rigged elections of the 30-year Mubarak era. "We want to retain our rights."

The military will still appoint the government, but the next parliament will have legislative powers. It will also pick a 100-strong assembly to write a constitution that will define Egypt's political framework after decades of autocratic rule.

The constitution is already the focus of a tussle between Egypt's newly-assertive political class and the ruling generals, and may also become a battleground for Islamists and liberals.

The army-backed cabinet sparked violent protests that killed 42 people last month after it sought to insert articles to shield the military from any future civilian oversight.

That fuelled suspicions that the army wants to cling to power even after the presidential poll now expected in June.

IRREGULARITIES
The first round of the parliamentary election was marred by many electoral violations, such as parties campaigning outside polling stations or the late arrival of ballots. One district will hold a re-run after ballots were damaged or lost.

The committee supervising the poll noted irregularities in the first round but said they were not serious enough to undermine the result and would be addressed in future rounds.

Troops outside a polling station in Suez tore down posters of candidates and parties on Wednesday. The Interior Ministry said the late arrival of supervising judges delayed the opening of 39 of the thousands of polling booths across the country.

A party list led by the Muslim Brotherhood's Freedom and Justice Party (FJP) came top in the first round, with strict Salafi Islamists surprise runners up. Liberals were pushed into third place and are trying to close ranks to fight back.

"I think the major trend will continue (in the second round) with some minor changes. The FJP will be first, but I think the percentage will be reduced relative to the first round," said Hassan Abou Taleb, political analyst at the Al Ahram Centre for Political and Strategic Studies.

He said some voters, concerned by the rise of Islamists who they fear could introduce religious strictures on society, might boost liberals, but he did not expect a significant swing.

The Egyptian Bloc alliance, which includes liberal parties founded just months ago in the wake of Mubarak's downfall, and the decades-old liberal Wafd party together secured about 20 percent of the votes for party lists in the first round.

Liberal politicians say they are trying to coordinate more effectively this time to avoid splitting their vote and revitalize campaigns with more active street canvassing.

Muslim Brotherhood leader Mohamed Badie has sought to reassure voters, saying his group wants to work in a broad coalition and does not want a showdown with the army.

RAINBOW PARLIAMENT
"We will not rule Egypt alone. Parliament will include all the colors of the rainbow that must agree on one direction, one goal," he told a private television channel this month.

Some analysts say the Brotherhood might prefer to find non-Islamist allies in parliament, rather than lining up with the main Salafi al-Nour Party, in a bid to build a position in mainstream politics and avoid alienating chunks of society.

"There is a big difference between the Salafis and the Muslim Brotherhood. There is a real competition from an ideological perspective and also from their political experience," said Ahram's Abou Taleb.

Unlike the well-established Brotherhood, the Salafis had long spurned politics and are new faces on the political scene. Analysts say they have used long-established television satellite channels and mosques they control to make an impact.

Under Egypt's new electoral system, two thirds of parliament's 498 elected seats go to party lists and the rest go to individuals. The race is split into three phases, and each phase has a run-off vote for the individual seats.

Voting for each stage is held on two days. This time voting is on Wednesday and Thursday in parts of Cairo not covered last time round, Ismailiya and Suez to the east of the capital, Aswan and Sohag to the south, and Nile Delta regions in the north.

Official results are not expected until Saturday or Sunday as results are collated from outlying areas. But, as in the first round, parties are likely to indicate their performance sooner as they have representatives watching counting.