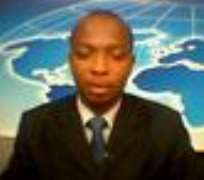 Come Friday,30th December,2011,he will be tying the knot with his pretty heartthrob,Ijeoma Linda Okafor,also a Radio Presenter with Cool Fm.

The couple who met barely a year have found love in each other's arms and decided to legalize their romance.

The holy matrimony and traditional marriage known as Igba Nkwu will hold the same day on 30th December,2011.The solemnization of their union will take place at St. Patrick Catholic Church,Ichi by 11a.m prompt while reception and traditional rites follow immediately at the bride's father's compound in Ichi,Anambra State.