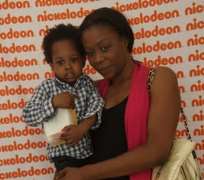 The 2 albums are titled Bashorun Gaa and Versus.

However,prior to the release of the 2 albums,massive online publicity has been going on,and notable of all the publicity is a 17-second endorsement done by his son,Zion.

In the little kid words,he said, “Bashorun Gaa and Versus on December 7th go and buy my daddy's album”.

9ice's fans world over were all impressed with the promo which was circulated online by his ex-wife,Tonie Payne,who also championed the promo on Twitter as well.

The album which was released on Wednesday December 7 exactly 2 years after his last album Tradition is a 2-in-1 album titled Bashorun Gaa and Versus.

Having sold 1 million copies on the day of its release the album according to marketer T.Joe is one of the fast selling hip hop albums in Nigeria based on the fact it is long expected from the slim Ogbomoso born singer.

Versus according to 9ice is an album he did strictly to collaborate with as many artistes as possible and the album feature music stars like MI,2face,Duncan Mighty,Wizkid,Timaya,Tiwa Salvage,and so on.

Bashorun Gaa he refers an album which depicts the style he is well known for and this new effort 9ice believe will shoot him back to the No 1 spot in the music industry.