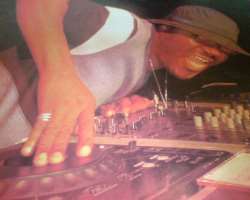 Cool DJ Jimmy Jatt and pretty Dakore Egbuson have emerged as surprise comperes for the Best of Nollywood (BON) Awards which holds on Sunday December 6th 2009 at Martinos Hotel and Hall, Ikeja, Lagos. aAccording to organisers/ publisher of the Best of Nollywood magazine, Seun Oloketuyi , “We decided to use both tested and trusted entertainers as they fit perfectly with the status of the awards.”

Tagged 'Desire nothing more', the Best of Nollywood awards is a celebration of the achievement of those who have distinguished themselves in the movie industry in 2008. Twenty-five awards will be given at the event- 19 in different categories and 6 special recognition awards to be given out to six people who act as role models to aspiring film makers.

The award which has the support of Qatar Airlines, Skye bank, the Ogun State government and comedy god-father, Ali Baba.

Pre-awards party will hold at Sq nite club, Eunice Balogun street, Victoria Island and will provide an opportunity for nominees to loosen up, interact and receive their certificate of nomination while the winners will be treated to the winners' after party at the Mcoast nite club in Alausa after the event proper.