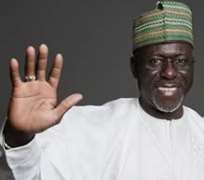 He polled 300, 372 votes to beat his closest rival and candidate of Action Congress of Nigeria (ACN), Prince Abubakar Audu, who scored 159, 913 votes.

In a swift reaction, ACN and Abubakar rejected the result, describing it as satanic and provocative. The party said the PDP had connived with INEC to scientifically manipulate the outcome of the election to bring Wada to power.

An ACN agent at Jebba had declined to sign the result sheet claiming that the result declared did not reflect the actual votes cast.

Announcing the results at the Independent National Electoral Commission headquarters in Lokoja, the state capital, the returning officer for the governorship election, Prof. Shamsudeen Amali, said Captain Wada had satisfied the constitution requirement and the electoral law.

The election, which was conducted under peaceful atmosphere and tight security, witnessed large turnout of voters in some parts of the state while some sections recorded low turnout. Though there were reported cases of hijack of election materials and ballot boxes in some local governments, the exercise was widely applauded by many including Audu and other candidates. Meanwhile, the ACN candidate, Prince Abubakar Audu, has rejected the result of the gubernatorial election in the state, arguing that the exercise was massively rigged in favour of the PDP.

Audu, who spoke through his campaign strategist, Dino Melaye, called on INEC to cancel the results, stressing that ACN agents did not endorse the results presented by INEC. He said the party would challenge the results in court.

Nigeria Bar Association (NBA) Election Monitoring Group had identified some lapses in the governorship election in Kogi State and urged INEC to take drastic measures to correct the anomalies before the next election.

NBA's position was contained in the interim statement signed by the alternate Chairman, Festus Okoye.

While the Nigeria Bar Association (NBA) rated the Saturday election as peaceful and transparent, the body also listed some grey areas that needed to be improved in future elections.

The group pointed out that presiding officer and polling clerks had difficulties conveying electoral materials from ward distribution centres to polling units due to lack of mobility, adding that some of the party agents behaved in manners inconsistent with the conduct of free, fair and transparent election. It said: 'They printed party accreditation tags of different sizes and colours and this made it difficult to distinguish the genuine and fake party agents.'

The NBA also urged INEC to reduce the number of voters per polling units to not more than 500, noting that the size of some of the polling units made it impossible to carry out accreditation before voting and that proper arrangment should be put in place to facilitate easy transportation of election materials.