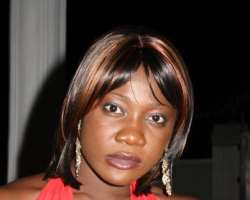 Nollywood star, Mercy Johnson is set to become a music star. The beautiful actress is presently in the studio working on debut album scheduled to hit the market in the second quarter of 2010. Mercy is said to be working with some top music producers such as ID Cabasa and Don Jazzy.

Two of her singles will be released around Christmas, to be followed by a music video.