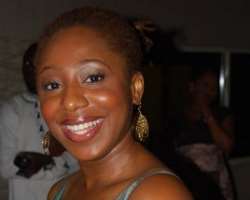 The actress reportedly grabbed the microphone last week when she released a new song titled Don't Make Me, thereby joining the likes of Omotola Jalade-Ekeinde, Genevieve Nnaji, Shan George and Patience Ozokwo, to mention a few.

A source revealed that Egbuson, whose proposed wedding to Olumide Akande is slated for first quarter of next year, is also working very hard to release the new album in January.

According to the source, Dakore, a former presenter on Ben TV UK, is working assiduously to prove her versatility with the new album which promises to be a listeners' delight.

Gifted as a thespian, Dakore is also expected to grace the stage soon in the forthcoming second edition of Celebrity Takes 2 contest slated for next month. She is among the few Nollywood actresses pencilled down to showcase their prowess in the show.