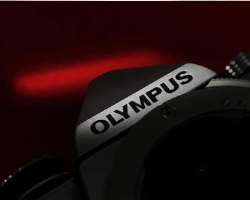 Japan's Olympus Corp has launched a review of its business structure, according to an internal memo, amid speculation the 92-year-old company may have to sell assets in order to survive a massive accounting scandal.

The maker of cameras and medical equipment is also looking to reform its corporate governance, and is setting up separate teams to supervise the two reviews, according to the November 28 memo, obtained by Reuters and later confirmed by the company.

"They will make clear the optimal business structure and the proper profit structure to promote the steady further development of our business," President Shuichi Takayama wrote in the memo to Olympus employees.

Olympus, under police investigation and at risk of losing its Tokyo stock market listing, is keen to protect its highly profitable endoscope business from the impact of the scandal.

So far, there is no sign it has disrupted the company's core $2.6 billion diagnostic endoscope business, which enjoys a near-monopoly worldwide. But the unit is part of a group that is highly geared and is expected to make major writedowns once its accounts are set straight.

The Nikkei business newspaper has reported that Olympus recently offered its creditor banks a plan to cut its debt by about 260 billion yen ($3.3 billion) over the next three years, and might sell assets to do so.

Olympus' camera division runs at a loss, and it also has businesses in microscopes, the field where it started almost a century ago, industrial testing systems and mobile phones, a small division emerging as a key focus of Japanese authorities investigating the scandal.

Investment bankers say rivals in both endoscopes and cameras are following events at Olympus, though prospective bidders are likely to stay on the sidelines until there is more clarity.

Besides concerns about whether the firm can survive, the scandal has also raised worries over corporate governance in Japan, prompting both ruling and opposition parties to look at possible reforms.

The ruling Democratic Party is considering making it mandatory for large firms to appoint outside directors, the Asahi newspaper reported last week. Olympus had three external directors, though all at some point worked for organizations or firms that had ties with the company.

Yasuhisa Shiozaki, a lawmaker from the main opposition Liberal Democratic Party, said it should be made clearer that outside directors are independent from company interests.

"We found out this time that external directors do not work," he told Reuters. "It's inconceivable not to define independence at the level of other foreign markets after this case," he said, noting how the New York Stock Exchange has strict rules on who can be an external director.

President Takayama, who will head the teams reviewing governance and reconstruction, vowed last week to set Olympus on a path to revival, even as investigations into it proceed both at home and abroad.

ON-SITE INVESTIGATION
Japan's securities regulator, the Securities and Exchange Surveillance Commission (SESC), has launched an on-site probe of Olympus to uncover details of its loss cover-up scheme, the Nikkei said on Tuesday.

The SESC will ask Olympus to submit in-house financial documents about past mergers and acquisitions, and will examine the processes in which investment losses were moved off the company's balance sheet, the daily reported.

Olympus spokesman Yoshiaki Yamada said on Tuesday he was unable to comment on the investigations.

The company's former president, Masatoshi Kishimoto, however, has told a third-party investigative panel he was unaware of efforts to hide losses when he was at the helm from 1993-2001, a key period in the saga, media reported.

The panel, set up by Olympus and due to report its findings early next month, believes a 30 billion yen ($384 million)overseas investment fund that appeared on the company's books for the first time in 2000 was a so-called "tobashi" scheme designed to conceal losses, the Mainichi Shimbun daily said.

Olympus has admitted to using some unusual M&A deals and accounting tricks to hide investment losses that media reports have estimated at hundreds of millions of dollars.

One focus will be the company's actions around the 2000-01 fiscal year, when Japan switched to market-value accounting and when many companies were forced to come clean on losses from so-called "zaitech" investment schemes.

These were popular in the late 1980s, but saddled many firms with huge investment losses when the "bubble economy" burst at the end of that decade.

"We settled our losses appropriately with special charges,"

Kishimoto was quoted as telling the Mainichi, pointing to a 16.9 billion yen write-off in the year to March 2000 to cover latent losses on investments. "I have not been involved in any cover-up of losses."

Takayama, who took over after Tsuyoshi Kikukawa resigned over the scandal, said last week that former Olympus directors would also be held to account for any responsibility in the scandal.