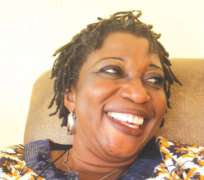 There was a time I was actually attacked in 1996 in Lagos because I played an 'Amebo' role in Tade Ogidan's bestselling film.

People loved the character so much.

During that period,our people did not know the difference between acting and reality.They did not know I was actually doing my job as an actress.The ugly incident happened in Idumota area of Lagos Island.

I was just going to see one of our marketers and suddenly some Area boys just ambushed me in a tight corner and shouted at me:' come and see the nasty and useless lady that betrayed that man in that Owo Blow film.'

My clothes were torn but a kind-hearted woman gave me a new pair of skirt and blouse to wear as she guided me into her shop.

It was an embarrassing moment in my life and since that incident in 1996;I always dress in a full Muslim Burkah to disguise my identity to avoid any trouble.