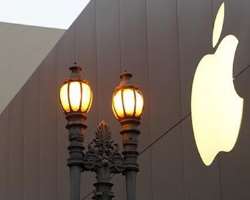 Apple is well ahead of rivals in building brand loyalty among its users in a mobile market where the key brands are rushing to build as large a foothold as possible, a study by research firm GfK showed.

Some 84 percent of iPhone users said they would pick iPhone also when they replace their cellphone, while 60 percent of consumers who use smartphones running Google's Android said they would stick with phones using the same software.

Only 48 percent of people using Research In Motion's cellphones said they would stay loyal to their Blackberrys, the study showed.

Smartphone sales have been surging since Apple introduced its first iPhone in 2007 and even though the growth has slowed the sales still rose 49 percent last quarter from a year ago, according to research firm IDC.

Ryan Garner, analyst at GfK, said the ongoing rush to build market position was crucial for the future success of the brands as on average 63 percent of consumers are sticking to the type of phone they have -- lowering the chance for fast changes in the market place.

Garner said fast growth of Android and launch of new Microsoft Windows, which will be similar for PCs, tablets and smartphones, mean there are still opportunities for others.

"Apple is clearly ahead of the game, but developments next year will challenge that," Garner said.

More than 70 percent of consumers said they would stick with their phones due to their seamless integration of features and access to content.

"The scope for brands to lure customers from rivals has diminished and the richest rewards will go to those providers that can create the most harmonious user experience and develop this brand loyalty," GfK said.