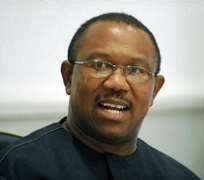 The political atmosphere in Anambra State was yesterday heated up when the local government aspirants in all the 21 council areas of the state under the aegis of the Association of Chairmanship and Councillorship Aspirants, (ANACCA) mobilized youths against Governor Peter Obi.

Daily Sun gathered that the fierce looking youths, who trooped into the Rojenny Village , Oba said they came under the aegis of Association of Igbo Youth Movement (AIYM).

According to the aspirants, their actions were informed by what they described as continued delay by Governor Peter Obi to conduct local government elections in the state, adding that it was ploy by the governor to continue to divert funds accruable to council areas to his personal pocket.

Speaking during the meeting at Rojenny Village , Oba in Idemili South Local Government Area of the state, the convener, Chief Rommy Ezeonwuka said they were ready to mobilize more youths to protest against Governor Obi if he refused to conduct the election within 90 days. Chief Ezeonwuka said 'the governor must sacrifice all it takes to conduct the election in wards and chairmanship as available in the local government system. I suggest we issue an ultimatum that the timetable for the election be announced without further delay, failing, which we will mobilize Ndi Anambra for a Tahir Square protest.'

Also speaking, the former Speaker of the old Anambra State and coordinator of New Anambra Founding Fathers' Forum, Chief Ifeanyichukwu Enechukwu lamented that development had eluded grassroots dwellers in the state as a result of non conduct of council election. Chief Enechukwu, however, condemned what he termed deliberate delay by successive governments in the state to conduct elections, describing it as the bane of hardship in the rural levels.

'Things are getting worse in Anambra State because the grassroots have been neglected and our problem is not unconnected to the failure by the state government to conduct local government election. All the roads in the rural communities have gone bad. Governor Peter Obi is losing a lot of goodwill and name over the matter,' he said.

Earlier in his address, the Chairman of the aspirants, Chief Cyprain Okafor told the youths and other aspirants that they had earlier written to the governor, informing him that council election be conducted in the state without any response.