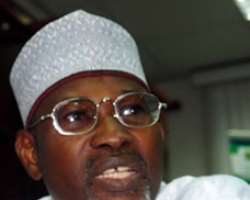 He said democracy in the country would stabilise when those at the grassroots were given the opportunity to properly elect officials, who represent them at the councils.

The INEC boss stated this while addressing a delegation of Rivers State Independent Electoral Commission (RSEIC) led by the Chairman, Prof Nimi Briggs at the commission's headquaters, Abuja.

Describing the caretaker committee as an aberration, Jega said it was wrong and totally unconstitutional for governors to appoint caretaker committees instead of conducting local government elections that would produce elected officials .

He advised that the issue of caretaker committee at the councils should be a thing of the past if solid democratic foundation would be laid in the country.

Earlier, Briggs, who said he was at the INEC headquaters to submit the report of the LG elections conducted by his commission in 2010, charged Nigerians to show interest in the nation's democratic process.

The former vice chancellor of Rivers State University of Science and Technology stressed that the responsibility of conducting credible and acceptable elections was for everybody and not that of INEC alone. 'Nigerians must be part of all that is going on in the country, we must play a part in resolving our problems,'s he said.

He explained that the decision to document the council elections conducted by his commission in 2010 was to help in strengthening the electoral process in the country. He regretted that most Nigerians were yet to imbibe proper electoral culture. This he said had continued to affect the conduct of elections by INEC or SEIC.