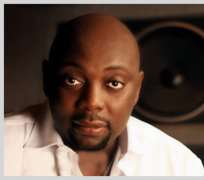 This season is absolutely the best of times for National President of Actors' Guild of Nigeria,AGN,Mr.Segun Arinze.

This seasoned actor who is fondly called Black Arrow by friends,colleagues and fans is actually enjoying his last days in office as he has gradually turned not only a party fixer but also one of the enjoyment lovers of Nollywood.

From his popular hangouts in Surulere and Ikeja respectively,the half Igbo and half Yoruba actor has moved his grooving base to a popular hotel at Alakara Street,Ajegunle Lagos State.

As gathered,Mr. Arinze kicked-off his patronage of the place recently and since then his face has been spotted regularly around the area.

People who have seen him around Ilaje Quarters where Ajegunle dancers reside are wondering if he is searching for new talents that will make the industry proud from there.