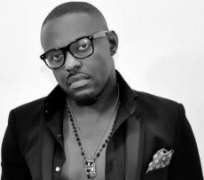 Controversial actor,Jim Iyke who was recently arraigned in court over N15 m fraud has responded to media and critics via Twitter for spreading such baseless and malicious news about him :

“As d press, blogs, sites, cynics, critics, sceptics, haters spread their poison I knw dt HE GOD BLESS NO 1 CAN CURSE!! Its bn written long b4 me!”

“In case u wonder why d swag av not stop pls read psalm 91! and Get a life kids!”

“Dear haters as long as u re on d move there will be disagreements in biz. If it can't be resolved, we go to court.”

Read more of the tweets below.