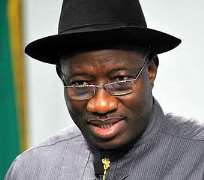 SAN FRANCISCO, November 17, (THEWILL) – Nigerian President Goodluck Jonathan Thursday hinted of a likely ban on the mass importation of Rice into Nigeria in his budget speech to the National Assembly.

Jonathan dropped the hint at the Presidential Villa when he received the report of the Northern Economic Group Summit (the G-20 Group), headed by former Information Minister, Professor Jerry Gana.

"If you have exotic taste for foreign rice, then be prepared to fly your private jet abroad to buy it.

“I will soon make a major pronouncement on rice in my Budget speech to the National Assembly," Jonathan stated.

Nigeria has repeatedly said it would not tolerate the importation of products that can be produced locally saying it frustrates government’s efforts in the areas of job creation and economic transformation.

Jonathan in his brief speech to the group assured the private sector of cooperation and support by driving policies that would transform Agriculture in Nigeria.