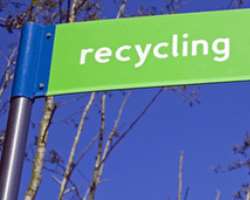 Does cancer depend on recycling?
Protein recycling in the body could be a critical part of tumour formation, researchers believe.

A report in Science Translational Medicine showed that protein recycling was accelerated in more than 30 types of cancerous cell.

When scientists interrupted the process in mice with cancer, the tumours began to shrink.

The results were described as “exciting” and as a new target for drug development.

The recycling process studied was “chaperone-mediated autophagy” (CAM). It is a normal part of a cell's routine, removing damaged goods and recycling the raw materials.

Prof Ana Cuervo, one of the researchers at Albert Einstein College of Medicine of Yeshiva University, believes cancerous cells are using this process in order to fuel their abnormally rapidly growth.

“Cancer cells seem to have learned how to optimise this system to obtain the energy they need,” she said.

When they studied a variety of tissues, including lung, breast and liver, they found the level of CAM activity was higher in cancerous cells than normal ones.

The researchers then used a virus to infect cells with short snippets of genetic material, which would turn off the recycling process.

Using the virus slowed the growth of the tumours in mice with human lung cancers.

The scientists believe their findings could lead to an anticancer drug. By finding a chemical which would interfere with the recycling process they hope to be able to mimic the effect the virus had.

“CMA inhibitors could be useful for cancer therapy, as they should inhibit tumour growth and also reduce the ability of tumour cells to metastasise.”

However, they warned that “we do not currently have a feasible method to selectively inhibit CMA in patients”.