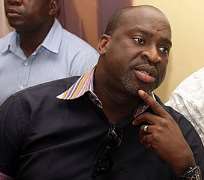 SAN FRANCISCO, November 15, (THEWILL) - With the end of this year’s unusual rainy season that reached record levels, the Delta State Government has resumed the restoration of the landscape in Asaba, the state capital, as well as in Warri, Ughelli, Agbor and Sapele, a statement Tuesday from Mr. Chike Ogeah, the state’s commissioner for Information said.

Ogeah said the Taskforce on Flood Control and Removal set up earlier in the year has mobilised its personnel to enforce environmental laws in nine towns in the state. The activities of the taskforce include the clearing of all drainage channels and natural waterways; demolition and removal of all illegal structures; clearing of refuse heaps and regulation of street trading.

The exercise is a direct reaction to the record rainfall this year that led to extensive flooding in all the major towns in Delta State. The Nigeria Meteorological Agency (NIMET) had predicted high rainfall in Delta State in 2011.

The statement further said, “Asaba was projected to have 1,784mm, Warri 2,590mm and Sapele 1,993mm, figures that were even outstripped by the unusual rains. The heavy downpour had led to high surface runoffs, water surpluses in rivers which led to higher incidences of flood, erosion and sediment deposition.

“At the peak of the rainy season when the greater part of Delta State recorded over 16 hours continuous downpour, many of the towns were almost submerged.

“The taskforce has collated Drains Master Plans for Asaba, Warri Ughelli, Agbor and other major towns where notices have been served by town planning officers for the removal of illegal and makeshift structures.

“With the challenges posed by the yet unfolding impact of climate change, the Delta State Government has decided to enforce all relevant extant laws on urban planning by clearing all drainage channels, improving waste management and removal of all illegal structures.

“Research had shown that the flooding witnessed during the peak of the rainy season was due mainly to illegal structures built on drainage channels and conversion of property for purposes other than that for which approval was initially given.

“As a result, illegal structures in the major towns in Delta State, including Asaba, the state capital, will be demolished in the coming weeks as a crucial aspect of the restoration of the urban landscape. In addition, more environmental sanitation marshals will be recruited to improve the monitoring and enforcement of environmental laws and regulations.

“It must be stated that the ongoing push to enforce environment and urban planning laws is devoid of any political considerations. The near disaster that attended the record rains of this year are clear warning signs that except precautionary measures are taken, a major environmental crisis is inevitable in the coming years.

In undertaking the exercise, however, due process will be observed as only properties that defy environmental laws will be affected while adequate notice will be given to defaulting property owners.

“Members of the 17-man Taskforce on Flood Control and Removal of Illegal Structures in Delta State include the commissioners of environment, lands and survey, special duties and information. Representatives of five local government areas and general manager of Urban and Regional Planning are also on the taskforce,” the Information Commissioner added in the statement.