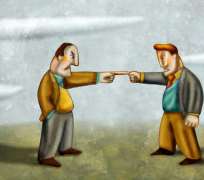 As the 14-day ultimatum issued by President Umaru Musa Yar'Adua to Lagos State to revert to 20 councils expires today, prominent lawyers have given knocks to the Federal Government over the affair.

Yar'Adua had threatened to “direct that necessary action be taken by the relevant organs of state to defend the constitution and preserve the authority of the Federal Government” if Governor Babatunde Fashola did not shut the new 37 councils which are not yet listed in the constitution.

Fashola, in his response, had maintained that the councils were legally created and asked the President to go back to the Supreme Court for “authoritative pronouncement” rather than resort to “self-help”.

Constitutional lawyer, Prof. Itse Sagay (SAN), described Yar'Adua's threat as “grossly illegal and unconstitutional” at the expense of the peace and order of the court.

He said if the government felt bad about the creation of Local Council Development Areas (LCDAs), all it needed to do was to go to court instead of indulging in self-help and arbitrariness.

Chief Emeka Ngige (SAN) saw the ultimatum as being in “bad taste”, adding: “There is more to it than meets the ordinary eye.”

The senior advocate said from the ultimatum, “it seems the Federal Government is up to some mischief going by its bellicose stance”.

Another prominent lawyer, Mr. Tayo Oyetibo (SAN), said it was wrong for the Federal Government to have issued the ultimatum, saying that all it should have done was to go to court to seek legal interpretation to the issue.

He argued that provided the LCDAs were not funded from the federal allocations, there is nothing wrong with using internally generated revenue to fund them.

Oyetibo noted that if the Federal Government noticed that funds from federal allocations were being used on the LCDAs, it had the right to investigate and proceed to court instead of resorting to self-help.

Also, Mr. Babatunde Fagbohunle (SAN) described the Federal Government's threat as raising a storm in a tea cup and an action that was politically-motivated.

He wondered why it could not head to the Supreme Court for interpretation and clarification instead of indulging in self-help.

Human rights lawyer, Mr. Bamidele Aturu, opposed the ultimatum given to the Lagos State government, saying that it was unacceptable and should be resisted frontally and legally.

Aturu noted that the President needed to substantiate the allegations that the LCDAs in the state were being run on money allocated for the 20 local governments, adding that it was not just enough to make the allegation.

Mr. Femi Falana said the threat smacks of “primitive authoritarianism”, arguing that neither the President nor the Minister of Justice had the power to declare an action illegal and then proceed to intimidate any authority or person to dance to his tune.