EXTRA-MARITAL AFFAIR… WHO SHOULD BE BLAMED? 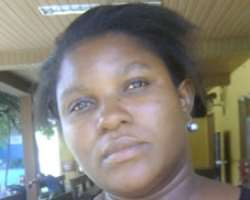 • Orizu
Adultery is as old as creation, dating back to biblical times when Abraham had to tell 'a little lie' hoping to keep to his wife Sarah away from reach of King Abimelech. What of King David who adopted an elaborate scheme to cover his liaison with Beersheba, and which ultimately led to the death of her husband, Uriah. Today having extra-marital affairs comes as second nature for most people.

Uncountable numbers of marital relationships have broken down because of adultery, particularly where the woman was the guilty party. Yet the question remains, between men and women, who commits adultery more? In this interview, some people express their opinions.

Infidelity is caused by greed and covetousness - Pastor Peter Akpan, Light of the Living Pentecostal Church

I cannot apportion blame on one at the detriment of the other. Infidelity is something that comes from within and also caused by certain factors such as greed, covetousness, indecision, lack of home training, lack of love, inability to tolerate difficult situations, poverty, etc. So, either of them can be guilty of the offense. But the point is, if all the factors I stated earlier are properly controlled I do not see any reason why husbands and wives should defy their marriages with extra-marital affairs.

Both sexes are guilty of infidelity. Naturally, women cannot endure much and are of the weaker sex. Also, they like material things, and that is the major reason most of them to fall. They would not want anything that will shake them. That is why in the face of poverty, they easily go to any length to pull themselves out of poverty. And one of such ways is having affairs with other men. Men too are at fault because they can easily fall when they see women but in their own case, they can easily be helped. You see, men are like babies in the hands of women but the moment they realize their mistakes, they make amends. When infidelity comes into a marriage, the best thing is for couples to help one another. I will say that men are prone to infidelity more than women.

Lets go back to the origin or rather the creation of the world. God created Adam. He saw that he was alone and then he took a rib from him to create a woman and so a woman was created out of Adam. When Adam woke up, he called his wife, a helpmate. From the Biblical point of view, the word of God says, 'he who finds a wife, finds a treasure and obtains the favour of God'. Presently, in the world that we are, infidelity is very rampart, it is very common in marriage and it is causing a lot of havoc in this country and the world at large. If we have to analyze this issue properly then we really need to tell ourselves the gospel truth.

Most women too on their part do it because of money or one reason or the other. Because of the state of the economy men go out to work, spend hours, travel and leave their wives at home. But what do we find these days? Women find their ways to satisfy themselves, and come back to care for their families. That is why there is increase in sexually transmitted diseases. HIV is very deadly and once somebody has it that is the end of that life. So the husband or even the children are affected and this is killing people. So infidelity in marriages is wrong, men and women are doing it and I would say men are more responsible. So I would advise that once you are married, you are married and nothing should separate you for the bible says what God has joined together, let nothing, let no man, let no woman, let not infidelity put asunder.

In the issue of infidelity, you cannot point your finger on either a man or a woman. But I want to believe that it is women who play greater role on it. For example, if you have a relationship with a lady, you may have it in your mind that the woman may be your future wife, you will do everything to safeguard her so that at the end you will not have nothing to regret over the relationship but to your greatest surprise, everything may turn out well. I have come to discover that women date two to three men at the same time for fear that if one disappoints, they can go to the other and so on. I am not saying that men or husbands are perfect but out of a hundred, four to five percent are doing it. In my own experience, women play the greater part but in marriage, it is teamwork.

Both are guilty but men are into infidelity more than women. They are unfaithful, they cheat on their wives too much.

Mrs. Esther Kennedy, a civil servant
Normally it is more with men. In fact most of them are not faithful and at the end of the day, when their wives find out, that may lead to the end of that marriage. Again, some men go to the extent of impregnating other women outside their matrimonial home and the wife inside will not know. It is very bad. You know, some women that commit adultery do not do that just because they want to do it. It is due to the way their husbands maltreat them. It is often said that if someone is being maltreated, he or she bears it but when pushed to the wall, there is no way forward, he or she comes back with full force and can do anything to scale through. So I believe that unfaithfulness in women is caused by way some men treat their wives.

It is found in men and women. When a wife does not understand her husband, and husbands too do not understand their wives, there is a problem. In the same way, when a wife does not know the movement of her husband and whereabouts, there is a problem. The fact is that men that go out with other women do not do it willingly. It begins when they feel they do not want the disturbance of their kids and go outside with their friends, which is not fair on their wives.

They can have in mind on being on their own but the instinct in them pushes them from drinking and having good times with their friends to having extra-marital affairs with other women. But any married woman that goes into extra-marital affairs does it willingly and must have thought about it before going into it. This makes it dangerous in women. However, it is common in men than women because they have self-control. You can only trust a man when he is with you but the moment he goes out, he acts without weighing the effects. I will advise women to try as much as possible not to be too inquisitive so that they will not die before their time.

Some women push their husbands into adultery - Emmanuel Odugu, a self-employed

Infidelity is a common thing nowadays. But I believe it depends on the upbringing of couples and the efforts put into the marriage. For me, I got married 10 years ago and I have been living with my wife. Even when I am not with my wife, I do control myself. But some women push their husbands outside because they do give them the satisfaction they need at home. This makes some men go out in search of better women. That is why courtship in marriage is important so that couples know each other's weaknesses. Some men just pick any woman they see and at the long run they don't find satisfaction in their marriages, which makes them go into extra-marital affairs.

Both men and women are guilty - Mrs Charity Mbagwu, a secretary

Infidelity has always been associated with men, but nowadays the women too are guilty. So it is now on equal margin. My advice is for women to maintain their dignity because it is unimaginable to see them going from one man to another.

Men cheat more than women - Mrs Lilian Nweke
Mostly, it is the men that are guilty of infidelity. They cheat on their wives more than wives cheat on their husbands. We women are always at home taking care of our kids while our husbands go to work and hang out with friends. The woman will stay at home with the mind that her husband is out there working but most often, when they close from work, men go elsewhere.