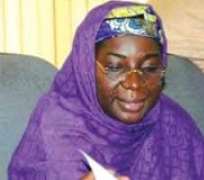 SIR: May I use this medium to call the attention of the recently sworn and returned Chairman of Ejigbo Local Council Development Area (LCDA), popularly called 'Sunshine' to the deplorable state of the roads lying between NNPC junction, before or after Ejigbo LCDA link road, Jakande Gate and Oke-Afa bus stop.

All these mentioned locations are along Isolo-Egbe-Ikotun Road. The potholes and ditches are on both sides of the road. The commuters living along these routes face hardship on daily basis. The traffic jam on this road particularly in the morning and night is so bad and worse, if it rains. Because of the bad roads, commercial drivers on this route charge commuters exorbitantly.

As a matter of fact, the chairman of Ejigbo LCDA has the responsibility of fixing the roads. The issue of shifting the blames is not good at all. Also the state government should assist in repairing these roads in order to reduce the suffering of the commuters. It is a shame that even the bad spot in front of the office of the LCDA is begging for attention. Imagine someone coming to this area for the first time. The first impression on the mind of such person will be 'Who is the Chairman in charge of the area'? I know Ejigbo LCDA has what it takes to fix the roads because this was demonstrated early this year during the anniversary for those who lost their lives at Oke Afa canal through Ikeja cantonment bomb blast and also during Governor Fashola campaign at Ikotun. On these two occasions, the LCDA took the responsibility of fixing the roads.

In fact, repair work started some weeks preceding the governor's arrival. A general face-lift was noticed in this area at that time. We implore the Chairman to please fix the roads in order to alleviate the suffering of the commuters.