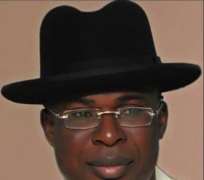 Fresh facts have emerged,that in his few years as Governor of Bayelsa State,Timipre Silva has grossly fleeced the state,diverting state cash to foreign accounts and to his private estates,as is the status quo with most Governors today.

A group,Initiative For Restoration of Accountability(IRA),has urged the EFCC to investigate the Governor.The IRA led by Miebi Macdonald and Timitimi Telema said” It has become obvious that most of the I'LL gotten properties of Governor Silva were not included in the asset declaration form”
The group said further we appeal to the anti graft agencies to get to the root of these matters to help Bayelsa State recover her stolen wealth at least to complete all the ongoing projects in the state