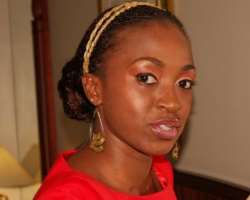 Multi-talented artistes, Kate Henshaw-Nuttal, Rita Dominic and Ibrahim Musa, otherwise known as Ibro, are among other Nigerians that will be honoured on Independence Day, I October.

Packaged by World Best Entertainment, the award is targeted at personalities, who have through their professions, contributed immensely to make Nigeria great.

Speaking on his nomination for the award, Ibro noted that it is the beginning of better things to come.

“When I received the letter that I'm among those that will be honoured, I was excited. I will continue to be a good ambassador,” he said.

http://nollywoodgists.com learned that those on the list were nominated by Private School Students in Festac Town and its environs.