STEPHANIE OKEREKE PREMIERS THROUGH THE GLASS IN NIGERIA 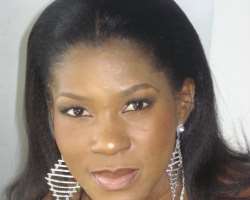 The leggy queen of beauty who is one of the relevant faces in Nollywood today has perfected all plans to have the Nigeria's premier of her award-winning movie, Through the Glass.

The multi-million naira movie where she's the only African featured in is slated to be premiered on 13th of September at the Silverbird Galleria, Lagos.

After the premier, the movie will now be released for public consumption from the 16th of September, 2009. While a lot of Lagosians eagerly await the coming of the movie, the Port-Harcourt based movie lovers have bombarded the ticketing section of the galleria to purchase their tickets.

Meanwhile, Steph who has also dabbled into fashion is happy about people's anxiousness for her exciting movie. “It makes me feel real cool' she said.