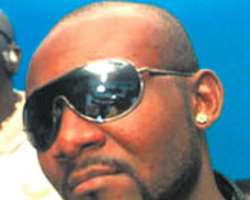 Following the resolutions adopted at a recent world press conference in Lagos, the coalition of major associations in the Nigerian music industry would soon begin the mobilization of stakeholders throughout the country for the commencement of an indefinite mass hunger strike.

The strike is aimed at drawing the attention of the world to the intolerable amount of piracy currently devastating the music industry in Nigeria. The mass hunger strike has been scheduled to commence on August 25.

Gathered that as a prelude to the strike, there will be a rally of stakeholders in the Nigerian music industry at the National Theatre, Lagos, at 10.00am on the D-day. The rally will offer an opportunity to artistes and investors across the industry to network and devise strategies to frontally attack the piracy scourge that is plundering the Nigerian entertainment industry.

The coalition in its press release signed by Mr. Efe Omorogbe, further resolved that a powerful delegation of industry stakeholders will proceed to the National Assembly in Abuja on September 1, to express the frustration of the industry, over the lukewarm and ineffective attitude of the government to attacking the piracy cancer that is fast eating away the livelihood of hundreds of thousands of Nigerians and destroying the nation's image.

The coalition is also requesting all broadcast organizations in the country to show solidarity with the plight of the Nigerian entertainment industry by observing September 1, 2009, as “No Music Day”. Broadcasting stations across Nigeria, are requested not to broadcast music between the hours of 6 am and 6 pm on September 1. Artistes across the country are also requested not to engage in any musical performance on the above date.