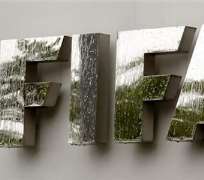 World soccer's governing body FIFA opened cases against another 10 officials from the Caribbean Football Union (CFU) on Wednesday related to the now infamous meeting held in Port of Spain, Trinidad in May.

In a statement, FIFA said they were investigating the 10 regarding possible violations of the FIFA Code of Ethics following the meeting which led to the downfall of former CONCACAF chief Jack Warner and his Asian Football Confederation counterpart Mohamed Bin Hammam.

They both left their positions and FIFA's executive committee following bribery allegations stemming from the May meeting.

They were accused of attempting to bribe CFU officials to vote for Bin Hammam in June's presidential election against Sepp Blatter.

Trinidadian Warner subsequently resigned from FIFA and Qatari Bin Hammam was found guilty and banned from soccer for life.

The officials are named as Raymond Guishard and Damien Hughes (both Anguilla), Everton Gonsalves and Derrick Gordon (both Antigua and Barbuda), Lionel Haven (Bahamas), Patrick John and Philippe White (both Dominica), Vincent Cassell and Tandica Hughes (both Montserrat), and Oliver Camps (Trinidad and Tobago).

The cases would be submitted to the FIFA Ethics Committee at its next meeting in mid-November, FIFA said.

Five officials have already been given bans ranging from 30 days to 26 months following investigations into the meeting where several officials described receiving brown envelopes containing $40,000 in cash.

They included Guyana FA president Colin Klass, who was given the 26-month ban, and Jamaica Football Federation president Horace Burrell, a long-time Warner ally, who was banned for six months, of which three were suspended.

Three other officials were reprimanded and another five warned.

Blatter, in his fourth and final term as FIFA president, has promised to clean up soccer's much-criticised governing body.

On Friday, he announced measures to strengthen the ethics committee and the creation of a watchdog, named the good governance committee, consisting of personalities from outside