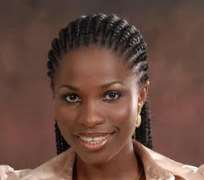 The uncanny resemblance between the female lead Keche played by Keira Hewatch and Mercy Johnson coupled with the sequence of the unfolding drama they claimed makes it too much of a coincidence as a lot of people believe,that it is true picture of what happened to the sultry actress who just wedded a few months back amidst controversies they are of the opinion,why is the movie been produced now and not before the controversial wedding,some even argue that the actress Mercy Johnson may have put her story unto a movies to really clear out the situation.

In a recent interview,Blessings says her story has no link with the Mercy Johnson near misfortune.

“This story has nothing to do with Mercy Johnson,I wrote Two Brides And A Baby long before we heard about her plans to wed. Besides I started working on the story and we started actual pre-production work six months ago and Mercy's wedding was just a month or so back (August).

I just wanted to tell the story of the sad truth that occurs everyday of our lives. People are hurt everyday from betrayed spouses or lovers and some fragile women have committed suicide in the process. I wanted that man, that woman to see what emotional torture goes on behind the scene when such drama happens. As a filmmaker, my contribution to the society is that of advocating for change through my work.”

The movie Two Brides And A Baby Stars the AMBO star OC. Ukeje, Keira Hewatch, Kalu Ikeagwu and the sterling Stella Damasus in lead roles, the story revolves round an about-to-wed couple who struggle to cut through a web of misfortune that they are faced with, hours to their wedding.

The movie also tackles other relationship forms. For instance, there is a single girl who is ever being betrayed; an eager woman who wishes to get married to her long standing fiancée and a married couple with child bearing issues and so on. Indeed it is one piece that will bowl moviegoers over when the movie premieres in major cinemas across the country.

Though not Blessing's first effort as a scriptwriter, Two Brides And A Baby was told differently.