OUR CANDIDATES ARE ENDANGERED -PDP 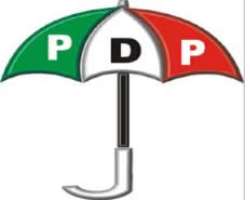 The Lagos State chapter of the Peoples Democratic Party, PDP, has raised alarm over alleged plans to attack its candidates participating in the October 22 , 2011 local government elections as well as party stalwarts.

The chairman of the party in the state, Mr. Setonji Koshedo who made the allegation at a press conference in Lagos yesterday appealed to law enforcement agencies to protect its candidates and chieftains from attackers.

Koshoedo alleged that the ACN leadership is not 'comfortable with the participation of PDP in the forthcoming LG polls especially because the masses are disenchanted with the performances of the ACN at the LG/LCDAs.'

He, however, alleged that the planned attack is to commence with the State rally scheduled to hold this week adding that the said rally has 'in fact been delayed till now because of the alleged security reports.' He said his party would participate in the polls even though it still considers the Local Council Development Areas, LCDAs, illegal.

According to him, 'let it be known that these LCDAs remain illegal, but the government of ACN has continued to operate the illegal contraptions. More so that elections are conducted continually into them.  We state emphatically again that the LCDAs remain illegal and unconstitutional until they are listed in the Constitution. Notwithstanding, our Party shall participate in this Election. Our Party has been mobilized to participate in the elections as 'a matter of necessity'. He added that, 'we reiterate that Lagos PDP will even ask for more LCDAs and have them listed by the NASS if need be.

We remain unprovoked and focused. Our strength to win in this election lies in the apparent disenchantment the grassroots electorates have with ACN Council Chairmen & Councilors. The well placed disenchantment is borne out of the non performance of the ACN Councils,' he said. Besides, the PDP leader accused Lagos State Signage and Advert Agency (LASAA), of allegedly removing the posters of PDP on the streets while the ACN posters are left pasted.

'These provocative actions of ACN-LASG will however not distract the party as we are resolute in our decision to offer Lagosians the opportunity to dislodge the present Council Chairmen and Councilors. Our candidates have been directed never to be provoked. They should be focused. No amount of provocation should make them deny the electorates their candidatures,' he said.

While urging the ACN to be good sportsmen, he said, 'they should not unnecessarily overheat the Polity. The attitude of the ACN leadership is suspected to be condoned by Governor Fashola. This is unnecessary and it only confirms that ACN is a group of persons who dislike dissenting views.'