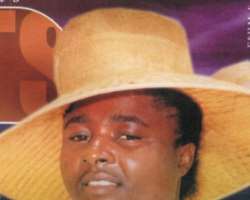 Nollywood, the pride of Africa and the second largest film-producing nation globally, is gearing up for the forthcoming apostolic consecration of movie- evangelist and founder of Liberty Gospel Church, Mrs. Helen Ukpabio.

Authoritatively gathered that Ukpabio's admirers and associates in Nollywood have also set up various committees within and outside Nollywood for a better coordination and planning of the grand gathering, which would definitely rock the city non-stop on the D-day.
With over 20 topical and contemporary movies to her credit, as one of the leading Christian filmmakers in Nollywood, Ukpabio's films, which are mainly expository, have affected lives positively and further helped to change the society for good as well as spreading the gospel.
It is also unarguable that virtually all the leading names in Nollywood, had at one time or the other, worked with her on various movie locations, either as actors or production persons.

In another development, her latest film entitled: Light Affliction, which was directed by Ernest Obi, would soon be hitting shelves nationally and globally. Several leading names in Nollywood also starred in the bid budget movie with a difference.

Speaking on the movie, Ukpabio, who was recently in Lagos, to tidy up preparations for her apostolic consecration, posited that the new work, just like others in her series, was divinely inspired. She also prophesied spiritual fulfillment for all those coming to felicitate with her on the occasion of her consecration as an Apostle in the vineyard of the Most High.

Still waxing stronger with over 100 branches of her church scattered within and outside Nigeria, the fire brand women of God, further pledged that her consecration, would see her traveling more outside our shores, to continue spreading the gospel in all parts of the globe, adding that nothing will ever stop her from preaching and propagating the gospel to mankind.