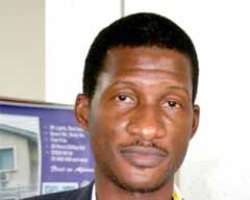 All is now set for the 6th edition of the annual Abuja International Film and Video Festival, holding from September 23rd to 25,th 2009, at the prestigious Shehu Musa Yardua Centre and Cyprian Ekwensi Cultural Centre both in Abuja, Nigeria, respectively.

The highly reputed Film and Video Broadcast Festival, according to the organizers, attract entries from over 50 countries worldwide, with an attendance of over 2,000 participants from the film, TV and general public.

The festival is organized in collaboration with the Federal Ministry of Information and Communication, the National Film and Video Censors Board, the Nigerian Film Corporation, the Nigerian Intellectual Property Commission and the Nigeria Television Authority.

According to the festival Director, Mr. Fidelis Duker, The festival has so far received over 107 entries from around the world and it has gone further to enlarge the advisory board of the festival to include the relevant government agencies and learned practitioners from the media and PR world. He further disclosed that the festival has incorporated a musical festival to the yearly event and that notable and up and coming music acts will be on hand daily to entertain visitors and delegates.

A Nollywood Achievement award has also been created as a yearly package of the festival, to honour all stakeholders in the industry who have contributed annually to developing and improving the sector since inception. Criteria for the awardees will be unveiled on August 1, 2009.

The festival manager Ebiere Ajibola Bodude stressed on the need for the relevant government regulatory agencies to support the film festival, which is the oldest independently run film festival in Nigeria today. The festival has commenced accepting entries for films in the following categories – feature, short, documentary and experimental films produced in the last 24 months