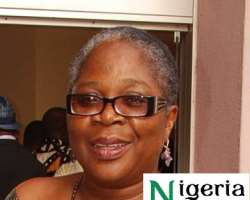 Dear Tony Okoroji, I write this letter with a pained heart, one full of disappointment at the news that you pocketed the N3 million donation made by the Cross River State Government to the Christy Essien Burial Committee for use towards her burial programme.

I understand that you took this decision because you claimed you were owed certain amounts for 'unauthorised' expenditures made by you during the burial week. Unauthorised, because you did whatever you wanted and undertook actions against the decisions of the committee as a whole.

Actions such as the making of a documentary and the commissioning of satellite musical stampedes in other States. You headed sub-committees assigned to you but handled everything to the exclusion of other members and then you took over other sub-committees and insisted on imposing yourself on everyone else.

I know you like to say that others were not up to doing the work but that is a misinformation that suits your imagination. How could they when you wouldn't let them. How many meetings did you have with members of your subcommittees?

How many remedial meetings were called by the committee to redress some of your mistakes did you respect? You took delight in presenting us with a fait accompli, in setting programmes for events that were even outside your purview and jurisdiction. You even dared to impose pre-printed programmes that went against the committee's decision.

We tolerated all these just so we can protect the integrity of the burial programme and protect all our reputations. You believed your own hype and thought that you were smarter and more cunning than anyone else. Did you not inform us that you made that substandard documentary on Christy with your own money; therefore, we had no right to complain.

Yet you have now turned around to charge the committee for it. Let me note here that you used COSON staff, paid by copyright owners, something you have done, consistently over the period of your chairmanship and which you know or should know is patently wrong.

You also said that the MCs you brought in for the tribute night at the NiteShift, against the committee's decision had offered their services free of charge.

But now you are charging for their services. During our last committee meeting and in response to my objection to your 'one man, devil may care' decision taking, your inability to be a team player and total lack of regard for the people you are supposed to work with, you accused me of having the capability of sending hired assassins after you.

What a reckless thing to say and how irresponsible are you. I decided to ignore you but on a second thought, you had projected onto me something that you were considering doing yourself. I have taken note of it.

I would have been very happy to see you prove me wrong by doing the right thing. But what did you do, you confirmed our worst fears by taking money which did not belong to you. My dear brother,

Tony, I wish that you would have a rethink and return the money.

It is blood money and would do you no good. You make us wonder if the reason you were part of Christy's Burial Committee was to help give a befitting burial rites or to rip it off. You have an opportunity to prove your innocence.

I understand that the first thing you said at the first committee meeting was that there must be no financial impropriety and now, you have eaten what you vomited. If indeed you are being owed, why not let the committee decide. What are you afraid of? It is not too late; you can still do the right thing. God bless you as you do so