Foluke & I are not fighting over Sifax boss------Stella Damasus Nzeribe 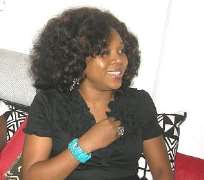 Star actress, Stella Damasus Nzeribe has described the latest talk in town that she is having a running battle with Foluke Daramola, another actress over Taiwo Afolabi, the CEO of Sifax Group as false.

A visibly angry Stella told ShowbizNow during the week that the report in a national newspaper was irresponsible. 'The writer did not even contact me or hear from me.

Folake and I are not fighting at all. As a matter of fact, we are both working on something. I'll be anchoring her coming premier in August 16 at Sheraton Hotels. So, how can I be fighting her when I will be the MC of the premier of Wakati Eda, her movie?'

She was the one that introduced the man to me and I have a business proposal with him. I consider the write-up a hatchet job to work against the business. I later learnt the writer said the story targeted Mr Afolabi, but putting my name in the story was irresponsible. I am a married woman and a responsible one. I cannot fight Folake Daramola over any man and we are not fighting. Anyway the man is her uncle.