No One Can Tame Nollywood, the Nigerian Home Video ‘Industry’ 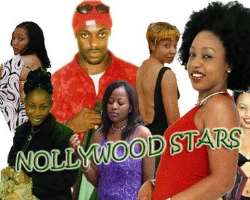 It is the beast, venturing out of its lair. Dazzled and bewildered, it encounters the outside world with a mixture of ingenuousness and self –assurance. It hears talk of norms and conformity, and becomes aware of its own non-conformity. But no matter what, its huge energy drives it onwards. Now that it is out in the world, it will be difficult to stop and even more to tame. That is how Pierre Barrot describes Nollywood—the Nigerian method of churning out hundreds of videos annually—in his book, Nollywood: The Video Phenomenon of Nigeria, that has been published in the United Kingdom, North America and Nigeria. OGOVA ONDEGO reviews it.

Conceived, arranged and edited by Barrot—he wrote six of the 14 chapters, including the preface and the epilogue—Nollywood: The Video Phenomenon of Nigeria has employed an easy and engaging writing style pregnant with live imagery, symbolism and description as if it were fiction. Unlike most scholarly or technical books that are couched in jargon, Nollywood: The Video Phenomenon of Nigeria steers clear of such pretensions that would have vitiated its value. It is thus as useful to general readers, academics and researchers as it is invaluable to policy makers, traders and artists interested in the Nigerian home video phenomenon.

The list of illustrations—photographs, tables, figures—film profiles, further reading, further viewing, index and brief profiles of editorial contributors make the book an easy reference tool. But then this should be hardly surprising as it is written mainly by experienced journalists.

The reader who enjoys watching Nigerian films or seeks to know how these productions come to be not only gets to know how audacity, scandal and censorship shape Nigerian films but also that this is an informal sector—not industry—that has been shaped by particular circumstances that may not necessarily be replicable.

Being a journalist, novelist and television producer who embarked on this project while working as the West African Regional Audiovisual Attaché of the Embassy of France in Nigeria, Barrot appears to know what he is writing about well enough. He appears to be as objective as any journalist can be. Like a physician treating a cancer patient, Barrot may be sympathetic to Nollywood but uses the unkindness of his physician's kind knife to cut away the cancerous cells from his patient

Writing about video production in Nigeria, Barrot acknowledges, is a challenge; around 9,000 full length features videos were filmed in Nigeria between 1992 and the beginning of 2007. Nigeria was ranked second in the world for the overall number of 'films' produced—below India and above the United States—during the 15 years over which the study that resulted in this book was conducted. Yet Nollywood produces works only in the medium of video with budgets that are absurdly low in comparison to those of other continents.

The total production costs of some 1600 Nigerian films made in 2006, for instance, is estimated to be less than US$60 million, and is thus lower than the budget of a single Hollywood film; the average budget of a Hollywood feature film exceeded the sum of US$100million in 2003.

Yet Nollywood –though producing films on a small scale and made on the hoof—makes 1500 films a year, employs 200,000 people and reaches an audience of millions. Another plus for Nollywood is that it is home grown; the image Nigerian videos portray is neither dictated nor controlled by outsiders or by government.

Cautioning that 'this book does not aspire to be a complete academic analysis of the industry nor a comprehensive work of reference for well informed film buffs', Barrot says Nollywood “constitutes a social, economic and cultural phenomenon without precedent. It is a culture that is not the reserve of the so-called 'cultured-classes'. Aside from the music industry, there has never been any other aspect of African culture that has resonated in such a way, achieved such a high profile and above all made such a big impact on the population.”

But, Barrot contends, the downside of Nollywood is that most works could be seen as 'disposable', destined to be seen once and quickly forgotten.

Nollywood producers appear to be obsessed with the 'take-the-money-and-run' philosophy that prevents an artistic approach. A work of art, Barrot adds aptly, is characterised by the opposite, by a sense of the particular and the immediate. But perhaps it makes for what it lacks in artistry in its productive frenzy that is impressive for its inventiveness for the emotional strength of its actors and for the dramatic intensity of its stories.

Generally speaking, Nollywood videos are characterised by ' an excess of murder, ritual sacrifice, poisoning, robbery and suicide. If the public is drawn to such macabre stories, Barrot argues, ' it is because of their cathartic function in a place which is prey to the power of the spiritual world.'

Barrot says the violence of Nigeria—that is seen in Nollywood films—is not fictional; few countries in the world have endured as much: the bloodbath of the 1966 coup, the Biafran war with its countless deaths, oil production that has created obscene amounts of wealth while leaving the majority of people more poverty-stricken, a propensity for religious fanaticism which spares neither Christian nor Muslim, a level of corruption rarely achieved elsewhere, and a succession of brutal military dictatorships.

The fear that is created by this violence, Barrot says, provides a powerful stimulant to the scriptwriters' imagination. It also contributes to the public's desire for escapism that only fiction can only satisfy.

Financially speaking, Barrot says in the epilogue, Nollywood is a closed circuit: its income is reinvested in production; bank loans are rare as is patronage of any kind.

Foreign producers who are open to investing in Nigeria are worried by the poor security situation and by the many risks in a country which by international standards, is considered chaotic and whose professionals have a reputation of being untrustworthy. On top of this, the regulations imposed by the National Film Corporation on films shot with foreign crews are such that the incentives to come to Nigeria would have to be very great to offset people's reservations about working in the country.

Barrot quotes Michael Auret, the former head of the Cape Town World Cinema festival and the Sithengi Film and TV Market who used to come to Nigeria looking for potential films as having observed that Nollywood's potential will never be realised outside of its own informal networks, except through re-makes.