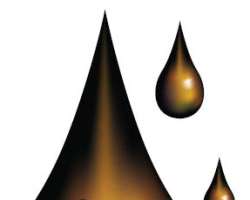 Fresh facts have emerged on the illegal N1.5 trillion spent on oil subsidy by the Presidency as against N240 billion approved for the same purpose by the National Assembly for the 2011 fiscal year.

Senator Bukola Saraki had raised the alarm in a motion approved by the Senate last Thursday. He said that the Presidency had spent over N1.5 trillion on oil subsidy as at August this year, contrary to budgetary provisions by the National Assembly. By that decision, the Presidency contravened Sections 80, 81 of the 1999 constitution.

He, therefore, called for an investigation into the matter. Consequently, the Senate mandated its Committees on Finance, Appropriations and Petroleum Resources (downstream) to investigate the management of the current oil subsidy fund by the Presidency. Chairman of the Senate Committee on Appropriations, Senator Ahmed Maccido in an interview at the weekend told Daily Sun that the Presidency legitimately sold crude oil but failed to approach the National Assembly with information concerning the sales.

He said the lawmakers took the Presidency up on its proposal to remove oil subsidy beginning from next year.

'We learnt that it was money that was got from a particular sale. The money was gotten from particular crude sales lawfully but unfortunately, the money was not appropriated by the National Assembly. We were not informed as to what that particular money was being kept aside for. They just went ahead and used it for subsidy. At least, they could have written a letter to the National Assembly, informing us of the action they took, that would have been better but it wasn't like that.'

Asked if the National Assembly had demanded for details concerning the illegal expenditure, Maccido replied: 'We took up the issue with them when we met the President and his economic team last Monday and I believe they were ready to make amends.'As you are aware, we budgeted N240 billion but the irony is that they have spent more than N1 trillion. So, you can imagine the difference between what we budgeted for and what was expended.

Maccido esplained: 'We have not been given details of where the subsidy being removed would be utilised. But the thing here is, there are lots of questions as to where the N1. 3 trillion came from because the money has not even been appropriated by the National Assembly. 'The Senate has inaugurated a committee on this particular issue. We're going to investigate it; we are going to find out where those monies came from; we are going to find out how those monies are being spent; if it's being spent rightly or not. We know what to do.

Maccido also pointed out that this time around, the National Assembly would insist on dialogue with the Presidency over the 2012 budget and a consensus reached before the passage of the Appropriation Bill.

His words: 'We took up the issue (of the 2012 budget) with them; that the budget is our sole responsibility and that this time around, the executive would make the proposal but the National Assembly would give the approval.

'This time, we will sit down at a table, there will be dialogue on the budget and we will resolve our differences before the budget is approved,' he stressed.

Two weeks ago, the Federal Government gave the indication that it would remove the subsidy on petroleum products as from January next year. Proponents of the subsidy removal had argued that the over N600 billion that would saved from the policy would be channeled into provision of social infrastructure for the masses. They also argued that the subsidy was going into the pockets of a cartel within the downstream sector of the petroleum industry.