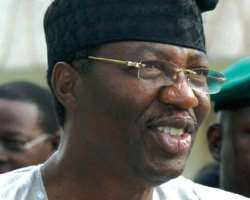 ABEOKUTA, October 16, (THEWILL) - Former Ogun State Governor, Otunba Gbenga Daniel, Sunday raised alarm over an alleged plot by a group of unnamed individuals to convict him through the media over the alleged 16-count charges bordering on stealing and misappropriation of public funds filed against him by the Economic and Financial Crimes Commission (EFCC).

"We believe that the deliberate attempt to try and convict Otunba Daniel via the media is the handiwork of some powerful vested interests who want the former Governor out of circulation at all costs.

"From the various simulations and deliberately concocted stories making the round it is obvious that certain individuals and interests are trying hard to use the ongoing trial to score cheap political points and ultimately assail the reputation of the former governor the outcome of the trial notwithstanding," Daniel said speaking through his Media Assistant, Mr. Adegbenro Adebanjo.

The aide also debunked reports that some members of the Daniel-led administration were arrested by the anti-graft agency in connection with the alleged corruption charges.

THEWILL recalls that Daniel was admitted to bail last Friday by an Ogun State High Court sitting in Abeokuta, the state capital.

Adegbenro faulted series of inaccurate reports allegedly meant to discredit Daniel since his arraignment by the EFCC, saying, "We have noticed a deliberate planting of stories and peddling of inaccurate reports meant to paint the former Governor in bad light and give the impression of guilt even before the conclusion of the trial at an Abeokuta High Court.

"And contrary to the information being peddled, no member of the administration of Otunba Daniel has been arrested. Some of the names being bandied in the public domain as having been arrested have not even been contacted to make clarifications by the agency let alone being arrested.”