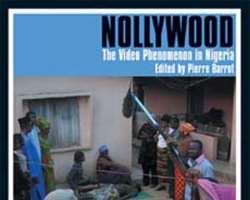 Despite crisis and turpitude that film industry face, the truth is that it is a brand that sells. Nollywood which recorded a number of historic and shocking moments while diminishing the image and the high profile nature of the industry internationally, writes CHINYERE OKOYE

In it's close to 20 years existence, the Nigerian movie industry, Nollywood, despite parading a swathe of production quality malfeasance, has remained unwavering in recording impressive sales figures across all genres. Over time, huge revenues from Nollywood has became so consistent, prompting the international media to rate Nollywood as the second biggest movie industry in the world, next to United States of America's Hollywood.

A creative director of ION international film festival, Soledad Grognett recently said that “nothing sells countries' image better than movies'', but many people within and outside the country believed that so far, Nollywood had only done a lot to project the violent side of the country and cultism rather than its humane side.

There is no doubt that Nollywood has grown beyond expectation in spite of criticisms that have trailed the industry for some years. Our people obviously fail to appreciate the things that we have in this country. While promoting those of others, we look down on what we should improve upon to move us ahead as our pride. The industry may not be a perfect one but this can be achieved if only we do all we need to.

Another argument against the industry is the quality of the movies often churned out by the producers into the market. Although, this needs improvement, such an improvement will only come if we recognise it. This is where the government should come in to aid the producers. There is nothing wrong if the government produces movies that will advance the culture of the people or pass on certain messages to the citizens that are of value to the nation as a whole, the practitioners said.

Nollywood as the Nigerian film industry is called is a revolution that enables the production of African films with rather minimal resources. In just over a decade, the industry has grown from basically nothing to an industry worth billions of naira with so many people looking up to it for sustenance.

The simplicity of the plots depicting the realities of every day life, corruption from high and low, cultism, prostitution, deals, love, and romance amongst others as well as the affordable nature of the prices makes for huge consumption of Nollywood products and it transcends Nigerian, African borders and today found all over the world.

Ironically, in a recent development, there seem to be a crack in the midst of the practitioners as the Actors Guild of Nigeria (AGN), under the national leadership of popular actor, Ejike Asiegbu, and a National Caretaker Committee of the Board of Trustees (BOT), headed by Mr. Kanayo O. Kanoyo cannot agree. And the last have not been heard of the power tussle.

Thus, an actor who pleaded anonymity has considered it necessary to say that the information it has received that a group of disgruntled persons whose stock in trade is to oppose every good move to reposition the industry has been holding nocturnal meetings, forming committees and sharing money with a view to destabilising the guild.

“It is highly condemnable that some enemies of Nollywood can go as far as fabricating and distorting the contents of a document meant to promote and protect the industry from pirates with a view to achieving some devilish agenda. It is despicable that these desperate elements can go as far as to denigrate the efforts and sacrifices of patriotic Nigerians,” Asiegbu said

In a swift reaction, a group of actors and actresses told THISDAY that the association has a registered Board of Trustees, and the members are the ones that organised the election that brought Asiegbu into office. When he assumed office, he decided to rush the drafting of the constitution that he did in his bedroom.

The group, which has Kanayo as member also said that in their collective effort to keep things moving at the AGN, Kanayo O. Kanayo was appointed as the interim AGN president and Bob Manuel to run the guild for one year, the whole sector is happy since June 16.
However, Asiegbu told THISDAY that when he was made the president, there was no constitution. Later the association came together and drafted a constitution which stipulated that his tenure is four years, which he is still running.

Mrs. Ebere Ahamefula, a stylist who has been working together with Nollywood said right now in Nollywood, “there is no policy, nor necessary structures to protect what we produce. For me, these are more important issues than the unnecessary bickering here and there. If the Federal Government is sincere, they should quicken the process of putting into legislation some kind of policy to guide and protect the profession.

“If we have the right policy, we may not need to be fighting over little things that we as an industry make, for the true potentials of the industry to emerge. It would also checkmate some greedy artistes and directors that are so brazenly absurd; many of who actually collect three scripts at the same time and thereby create problems for the producers,” she said.

Nnenna Obi, a banking and finance graduate of University of Benin, an upcoming actress though has not featured in any movie said Nigerian movie industry as far as “I know has come of age. Since the early 90s when the late Alade Armoire and Kenneth Nnebue introduced the home video in the country, the industry today can boast of over 20 films released into the market every week either on DVD or Video CD for home viewing still the industry is not coordinated. The older actors and actresses are not encouraging the upcoming talent,” Obi said.

Ebuka Udoka, a scriptwriter said Nollywood has been rated the second movie producing industry in the world after Hollywood of America. Apart from the high number of films produced daily, the industry also employs thousands of people in different categories but the industry is falling apart because of power tussle, piracy and recognition of tribes in the industry. If really the government wants to re-brand Nigeria should look in to the industry, Udoka