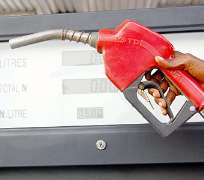 Once upon a time the Nigerian Government promised one billion dollars would be set aside annually for infrastructure instead of servicing $13 billion windfall profit to Paris Club, and each time there was fuel price increase, savings would be used for social services. There were promises to leverage our housing scheme contributions, promises to give us our pension contribution when in need, or promises that our salary will be paid promptly. Based on these solid past promises, we cannot wait for the so called fuel subsidy for the poor as they are going to cut “subsidy” and devalue the naira again as dictated by World Bank, IMF, etc.

Looking at N1.5 trillion subsidies, we wonder if this is really fuel subsidy for Nigerians or for corporate bums called cabals. Politicians are fond of using the name of the people to line their pockets. Nigerians need fuel subsidy but not in their disguise. The argument for or against fuel subsidy has been completely hijacked since the oil producing states are not enjoying the benefit and the poor in whose interest it is propagated are not the beneficiary of N1.5 trillion subsidy. It is the reason these vagabonds prefer to import fuel, make sure our refineries are not working and build refineries outside the Country.

This is why Nigerians, even when they understand the logic of making sure those that can afford to drive gas guzzlers cars pay the maximum price for fuel, those that drive or take public and private transportation out of necessity prefer to hold on to the only subsidy that comes their way by cheap fuel. It is the only dividend of democracy they claim and they are not going to give it up without a protest. If they do give it up, who are they going to trust to distribute fuel subsidy to them? Messengers of politicians? Abeg!

Arguments have crossed one another without making dents why price of fuel should go up, stay the same or go down as other oil producing countries in the third world. The real conviction is that people cannot see what have been done with the oil income apart from politicians and administrators paying themselves up to 80% of Federal and states allocations. Statistics can be used to twist recurrent expenditure, what percentage is going to salary and what is going to infrastructures, the bottom line is that all the oil revenues has not changed Nigeria for good to move Africa forward.

This time we are talking of saving about 1.2 trillion naira to take care of the needy. Well, we got to that by N240 billion appropriated between Nigerian National Corporation and domestic market subsidy in the 2011 budget already overspent by N1.2 trillion. If you know Nigeria, you cannot be surprised that any outlet for allocation of funds will attract mafia looters and cabals that get away with murder. Senator Saraki captured it by comparison of the N1.5 trillion to be spent by the end of the year on subsidy more or less to 14 times what is budgeted for power sector in 2011, 9 times value of roads, 24 times that of health funds, 4 times defense and security funds.

Upon the stringent verification of pension to make sure it goes to the right beneficiaries, those waiting until they are about eighty still die on the queue. If administrators are so diligent making sure rightful pensioners receive their dues, we must wonder out loud how it became so easy for crooks to snatch them effortlessly. Our salaries disappear, recovered loots are re-looted and allocations still find their ways into politicians’ pockets. But here we go again, Nigerian politicians say: Trust us with fuel subsidy!

The biggest joke is that governors know and expect to be prosecuted for embezzlements and are eagerly prepared for it. They know, they are innocent until proven guilty and in a democracy, due process and the rule of law take precedence to jungle justice for jungle crime. So when they are arraigned for looting, jokers exchange smirks and victory signs with crowd of supporters since they are not facing life jail or death sentence. Once granted bail they are back into business with their accumulated loot and if they are convicted, it cannot be more than a slap on the wrist.

Look at the demeanor of politicians and cronies charged for embezzlement or violation of ethic in the court of law and the answer is clear. They sit down with their eyes, legs and hands crossed sending out messages that: why are these fools bordering us, how much will it cost to get us out of here or who is in charge here. Some even go to Church and Mosque after their little time in detention with their supporters jubilating. So why can’t Nigerians trust these politicians with this fuel subsidy to help the poor?

The minds of those asking for jungle justice for jungle crimes in high places are those of the sick and barbarians unlike civilized and democratic countries. However, once those civilized and democratic countries are threatened to their very existence like pen mass murderers do to children, jobless and pensioners in Nigeria, they bombed their enemies out of existence. We can only emulate their ways and bomb pen mass murderers out.

So why is it difficult to understand that they we will never reduce corruption to at least a minimum until life sentence or death penalty is adopted as high treason in other countries. We do not flinch when jungle justice or death penalty is given to common thieves, armed robbers and killers but when it comes to pen mass murderers of children without hospitals, graduates without jobs and pensioners, we cry foul!

They think they can afford to because they went in a space ship to discover another planet in Europe and America. So they can let Nigeria die. What they do not realize is that as soon as their space ships landed, the inhabitants of those planets are not Indians with receiving arms looking forward to coexistent. They and their children will be made so uncomfortable, they will be longing for the Africa they left and Africa they knew. As it is, law are made and proposed to make sure children born there do not gain citizenship.

There is also lost opportunity cost in terms of the agricultural products we used to live and depend on. Those agricultural products turned a region in Nigeria to First In Africa. Our children that have lost their loyalties to Nigeria since the politicians show them none, cannot believe that such region ever existed in Nigeria. It looks like a fairy tale out of the novel series. Unfortunately the beneficiaries of all the goodies Nigeria had to offer from the North to the South are the ones killing their motherland slowly today and then preaching solutions to the rest of us. Shio o!