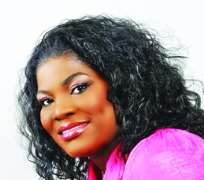 This is cheering news for Nollywood. The organisers of Afro Australian Music and Movie Awards (AAMMA) have deemed it fit to honour some movie stars including Desmond Elliot, Mercy Johnson, London-based Egor Efiok, John Demelo, and Pascal Atuma. While Elliot will receive an award as Best Producer/Director, Efiok will be honoured with an award of Best PR and Entertainment Company.

However, HekCentrik Productions, makers of Africa's first digital 35mm picture, TWisTED, and E4 PR last month confirmed that their Hollywood feature film, Turning Point, which is starring Nollywood stars in leading roles, is in pre-production. The movie has Niyi Towolawi, CEO of HekCentrik Productions as the Executive Producer and Director while Efiok, CEO of E4 PR, is co-producer.

Set in New York, the plot explores ethnic prejudice among the various black communities in America, and also centres around a Nigerian investment banker that bows to family pressure to abandon his American sweetheart for an arranged wife from home. His life is turned upside-down when the marriage turns out not too rosy, setting off a chain of events that forces him to confront his reckless past.

The Hollywood's production crew, who has worked on numerous blockbusters, is keen to bring to life this innovative approach of Africa-centric storytelling. The crew also includes award-winning FX makeup artiste and E4 PR star, Lola Maja-Okojevoh. Filming begins middle of October in America, followed by a trip to Nigeria for additional scenes. 'Our crew is very excited to visit Nigeria and a film workshop with Nollywood professionals is being lined up,' says Towolawi.

Efiok adds: 'Writing this movie with Niyi has been a marvellous and bonding experience. My ideas are usually unique and unusual and I found it difficult to collaborate with like-minded people until I met Niyi.'