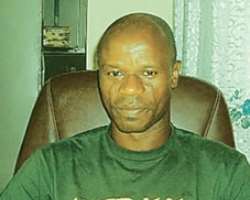 As you are reading this piece,be informed that top notch player and the one we fondly call the “Headmaster” Mutiu Adepoju has joined Nollywood and he recently featured in a yet to be released flick which was shot and produced by prolific film maker Yomi Fabiyi who is well known in the Yoruba speaking side of Nollywood.

Hope the former attacker finds his feet in the motion picture industry,the same way he did on the football pitch.