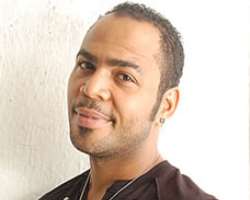 A film scholar and critic, Dr. Hyginus Ekwuazi has said that audience is what determines the content of most Nollyhood movies. In his paper entitled, Nollywood: The Audience as Merchandise, the scholar who is currently Head of Department of Theatre Arts, University of Ibadan stressed the relevance of the audience to the industry. The film scholar whose paper was presented at the 2nd Ife International Film Festival, assessed the nature of the industry giving his criticisms or supports where necessary.

Ekwuazi boasted of the strengths the industry such as the variety of movies it provides and its acclaimed position as the third largest in the world. The study, however, revealed that Nollywood's weaknesses have overshadowed its strengths. One of these is the wrong messages which Nollywood movies usually feed its viewers.

He described comically that some of the erroneous signals in Nollywood are very contagious. A few of the lot he listed- in every romantic movie someone must die, every problem you have is spiritual and poisoned food always tastes better! He also challenged the titles as being silly noting the irrelevance of titles as, The boy is mine, The girl is yours and The child is theirs. He then sarcastically mentioned a behavior common to Nollywood directors saying, “the binding ten commandments”. The first and tenth commandments were equally amusing as they stated that the whole of an action should be shot lest a story capable of being told in 180 minutes will be told in 45 minutes and suspense is totally unnecessary whereas reaction close ups or cut in shots are significant respectively.

He affirmed that entertainment in the industry is seriously compromised and productions cannot be sold to an audience or packaged for a sponsor for three main reasons. These include, the high rate of debuntantism, which creates limited reservoir of creativity, the theme-driven stories and the shift in the paradigms of power. He then related these issues to the Nollywood audience and illustrated how they affect them.

Ekwuazi listed the four major aspects of Nollywood, such as Hausa, Yoruba, Igbo and English. He disclosed the results of his study thus 75 percent of the audience fall between the age bracket 15 – 35 while women and children take up some 81 percent of this population. Using these revelations he believes that the Nollywood content creator knows nothing of his audience but can very conveniently sell his audience to a sponsor using the right methodology.

The scholar concluded that some 60 percent of Nigeria's 120 million population is Nollywood's latent audience and is so a huge marketing advantage. The content provider's challenge, therefore, is to work out a creatively empirical way to package this audience for sale to a sponsor. Failure to do this, Ekwuazi says, will consequently result in the restriction of production resources.