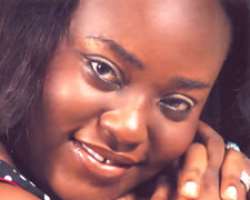 All is now set for the world premiere of Edikan, the Ibibio language film from the stable of Royal Arts Academy, which is also subtitled in English.

Edikan, which premieres amid glitz and grandeur today, Friday, July 17, 2009, tells the pathetic and moving story of a teenage girl that was sexually abused by her stepfather and later branded a witch, when she dared to speak out.

Speaking on what to expect at the event, Isong, with over a decade experience as an award-winning filmmaker, disclosed that it is going to be an intellectual premiere with several notable Nigerians and leading Nollywood personalities in attendance.
“A 30-minute footage of the film will be screened, there will be also be a cultural display by a dance troupe.

Also, a notable children rights activist will deliver a speech. Hip-hop act, Slam will perform a special song for the African Child, Anne Inyang and other performers would support him on stage. There will be light refreshments and other side attractions for the premiere”, disclosed Isong, the CEO of Royal Arts Academy.

Continuing, Isong further revealed that Hon. Eseme Eyiboh, a principal officer at the House of Representatives, has agreed to chair the evening event, as well as deliver the keynote address.
Also coming as the Special Guest of Honour is Hon. Chris Essien, the Chairman of Ibesikpo Asutan LGA, Akwa Ibom State.

“We are using this film as a medium to create awareness about the child-witch saga, with a view to eradicating it from our State, Akwa-Ibom and any other place, its still being practiced. We are also open to partnerships with both private and public sectors, so that this just cause can be propagated and promoted evenly. I also see Edikan as an advocacy tool that would help change the system, especially my State, which has been bastardized. Mind you, I understand the positive impact movies are making in the society based on my extensive research and experience as a filmmaker. Above all, some percentage from the proceeds of Edikan, will go to the victims of this child-witchcraft abuse, as well as some homes and institutions catering and fighting for their rights and protection,” she promised.

Meanwhile, the well-traveled filmmaker is still celebrating with colleagues, friends and well wishers few weeks after carting home three diadems at the recently held City People Entertainment awards. Isong, who won in the categories of Best Scriptwriter, Producer and Movie of the Year, with the hit flick-Re-loaded, maintained the awards would spur her into doing more great things for Nollywood.

The rain of awards continued for Isong, at the just held Women in Media (WIM) awards, where she also won the Excellent Personality trophy, in recognition of her immense contributions to TV/movie productions, over the years. The premiere, which is currently serenading Nollywood, is strictly by invitation; and gatecrashers would not be allowed in.