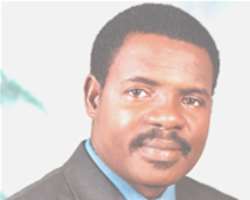 Mr. Israel Adewole, a renowned dramatist of the Mount Zion Faith Ministry, in an interview with Charles Akinsete, speaks on new trends and his personal experience in the christian drama ministry.

You have performed in many Mount Zion Films, and have taken part in some of the lead roles. Can you share your experience in the ministry?
Taking part in Mount Zion films has been as a result of the grace of God. I never knew how to act until the Lord fished me out and then gave me the call into drama ministry.

I give God the praise for the opportunity he has given me to serve in his vineyard. Concerning my roles in Mount Zion films, my performance has been determined by the grace of God and the influence of the Holy Spirit upon my life.

The scripts are written by Evangelist Bamiloye. He determines who performs a certain role and whenever he calls on me for a certain role, I see it as a privilege and I, through the grace of God, try to give my best.

In the film, The gods Are Dead, for example, you acted as the chief priest. How do you balance your christian beliefs and these roles, which seem contrary to what you preach?
In the ministry of drama, we are called to serve. As Paul says,” I need to become all things that I may save some.” So, when I was given the role of the chief priest, I saw it as a great challenge because it is quite contrary to my personal behaviour.

But through prayer, God gave me the instinct and the inspiration to play that role. It was a great challenge to me but I thank God. As soon as I put on the costume, I had the courage and enthusiasm to play out the role. Above all, the most important thing is that lives were touched by the film. We give glory to God!

What are the new trends in Mount Zion Faith Ministry?
The ministry has begun to multiply especially through our Christian drama. But it got to another level in the last few months, when the Lord gave my wife and I another assignment in the drama ministry that we should explore the area of french mission drama ministry.

On the 12th of June, the President, Evangelist Bamiloye, commissioned my wife and I and prayed for us in front of other drama ministers. He sent us off for the mission. With that, we would be having our own production, but not in English, but in French language.

But for now, we are still learning french. We are still undergraduates. We actually started learning the language in 2001. Because of this, for now, what we would do is to subtitle our films in french.

Later on, our vision is to eventually have our films, not just translated into french but performed and produced in the language so that we would be able to communicate the gospel of Christ in these francophone countries. We are still operating from Ibadan here.

Which of the francophone countries would you start with?
We are starting with Benin Republic and Togo. Very soon, we would extend, by the grace of God, to other french speaking countries in Africa.

What exactly is your position in Mount Zion faith ministry?
By the grace of God, I'm the Vice President of the ministry. My job is to assist our leader, Evangelist Bamiloye. Our stage drama is on hold now but I's also the director of the stage drama.

So you are the President of the new mission?
I am just the co-ordinator. I was chosen by God though our leader, Evangelist Bamiloye, like I said, we are not travelling anywhere now. We would be operating from Ibadan, Nigeria.

He is the one who has called on us to do this work. So, all glory be to Him.