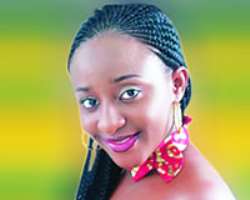 The star-studded event, which had Basorge Tariah as compere, was supported by the Akwa Ibom State government, and was hosted by the governor, Godswill Akpabio. It paraded some of the finest in Nollywood such as Genevieve Nnaji, Uche Jombo, Monalisa Chinda, Nonso Diobi, Rukky Sanda, Ramsey Noah, Paul Obazele, Jackie Appiah and many others.

I'll Take My Chances is a dance-drama featuring some of the best talents that the Nigerian movie industry has to offer like the new Noble hair ambassador, Ini Edo, Bryan Okwara, Jide Kososko, Biola Williams and Lillian Ikpe. Interestingly, the recently departed Nollywood legend Sam Loco-Efe starred in the flick.

Jointly produced by Emem Isong and Ini Edo, the movie directed by Desmond Elliot is a departure from the conventional storylines in Nollywood. On why the premiere took place in Uyo instead of Lagos, the acclaimed capital for Nollywood movie premieres, Isong said: 'We decided to premiere the movie in Uyo as a way of saying thank you to the people of Akwa Ibom for the support we received from them because a large part of the film was shot there.

'Also, apart from the fact that the movie depicts the culture of the area, September happens to be the month that Akwa Ibom was created and it was a good way of celebrating the state.' The film is dedicated to the late veteran actor Sam Loco-Efe and the premiere also featured a short documentary on him.