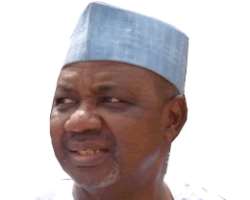 Northern socio-cultural group, Arewa Consultative Forum (ACF), has called on President Goodluck Jonathan to expeditiously implement recommendations of the Presidential panel on Boko Haram to nip the unending terror of the Islamic sect in the bud once and for all.

The forum at its 2011 3rd joint meeting of the Board of Trustees and National Executive Council (NEC), said it noted with satisfaction the spirited efforts of President Jonathan in setting up panels on ethno-religious crises in Jos and environs and on Boko Haram, as well as security challenges in the North-East, but wants immediate implementation of reports on the problems to build confidence of Nigerians on similar panels in the future.

ACF in a three-point communiquÃ© issued at the end of the meeting at its headquarters in Kaduna on Thursday and signed by its Publicity Secretary, Anthony N.Z. Sani, stated its concern on the spate of ethno-religious crises and the novel incidences of bomb blasts, as well as the problem of almajirai across the North, and upsurge in armed robberies and menace of area boys in the South-West. It also pondered over the upward spiral in kidnapping and breeding of infants for sale in the South-East; and militant activism in the South-South; as well as the dire consequences on national security and socio-economic development of the country.

'We therefore, urged the government to go further and take all the necessary actions on the submitted reports expeditiously, lest Nigerians lose trust and confidence on panels and commissions set up by government in future,' the communiquÃ© reads in part.

The meeting chaired by ACF Board of Trustees Chairman, Lt-General J.T. Useni (rtd), also resolved to direct the planning and organizing committee of Arewa Peace and Unity Conference to ensure the conference is very inclusive of the Northern Governors Forum, traditional rulers, among others.