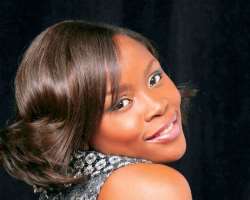 Coming after winning the most coveted awards of the Next Rated and Best Vocal Performance (Female) in this year's Hip Hop World Awards, and gliding away from the Abuja venue of the event in a brand new Kia Optima as her prize, Idol girl Omawumi Boma Megbele is set to add yet another feather to her cap.

With her vocal power and spectacular performance, Omawumi had dazzled millions of TV viewers across the continent during the West Africa Idols held in 2007, emerging the 1st Runner-up. Following her success in the show, the songstress appeared in numerous performances with top acts like D'banj, Tu Face, P-Square, MI, Banky W and 9ice including international stars such as Chaka Demus and Pliers, Carl Thomas, Angie Stone and Donner Jones.

Not one to waste opportunities, Omawumi finally registered her name in the minds of music lovers with “In D Music”, a single produced by Cobbams Asuquo, which made waves across the nation, earning her more respect and recognition in the music industry.

Now, the 27-year-old crooner is taking her career to the next level as she drops her much awaited debut album entitled, Wonder Woman this month. Blockbuster gathered that the 13-tracker parades hit songs like Today Na Today, Brighter Day, Chokolata and Miss My Baby, among others.

Born to Chief Frank and Mrs Aya Megbele on April 31, 1982, Omawumi had her primary and secondary education in Warri, Delta State and later headed for Ambrose Alli University Ekpoma, Edo Stare where she bagged a degree in Law. After graduation, the musician worked in her family law firm, O. S Megbele and Associates in Port Harcourt, Rivers State. She later studied French in Alliance Francaise.

Omawumi was among the cast of the 2009 edition of V-Monologues, a highly reputed play that reflects the negative issues affecting women in Nigeria. She has also written and done vocals for theme songs including MTN, Zain and Malta Guinness' Top of the World Goodness campaigns.