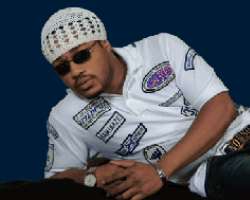 Nollywood stars recently named ambassadors by Globacom have commended the company for taking an unprecedented step to lift Nollywood, Nigeria's film industry, to a higher pedestal.

Speaking at a ceremony to unveil 13 actors and actresses as Glo Ambassadors in Lagos on Thursday, the stars were full of praises to telecommunication giant for choosing them from among several other actors in the country. Rita Dominic described her selection as "a great honour for me for being recognised because Nollywood represents Africa."

On her part, Chioma Chukwuka Akpotha expressed gratitude to Globacom for naming her an ambassador of the brand. She promised that the ambassadors would represent the brand as best as they could and move it forward in Nigeria, in Africa and globally.

Uche Jombo confessed that she appreciated the honour done her and her colleagues. "I want to express my gratitude to Glo for naming me as one of the ambassadors. To be here representing the brand is an honour and I appreciate it," she said.

For Monalisa Chinda, the entry of Globacom into Nollywood will leave a positive imprint on that sector just as it has done in other spheres.

Funke Akindele, winner in the last African Movie Academy Awards (AMAA 2009), was quite philosophical in her remarks at the event and expressed happiness at being chosen from a larger number of other equally brilliant Nollywood stars. "I am so happy and privileged to be one of the ambassadors because many are called, but few are chosen. I am happy to be one of the chosen ones. Glo has always been at the forefront of empowering the youths and Funke Akindele stands for the youths. I am happy because Sulia kan, Glo kan ni o."

Nonso Diobi, decked in a Glo-green shirt, expressed excitement. He said he had been confessing it that one day he would be a brand ambassador.